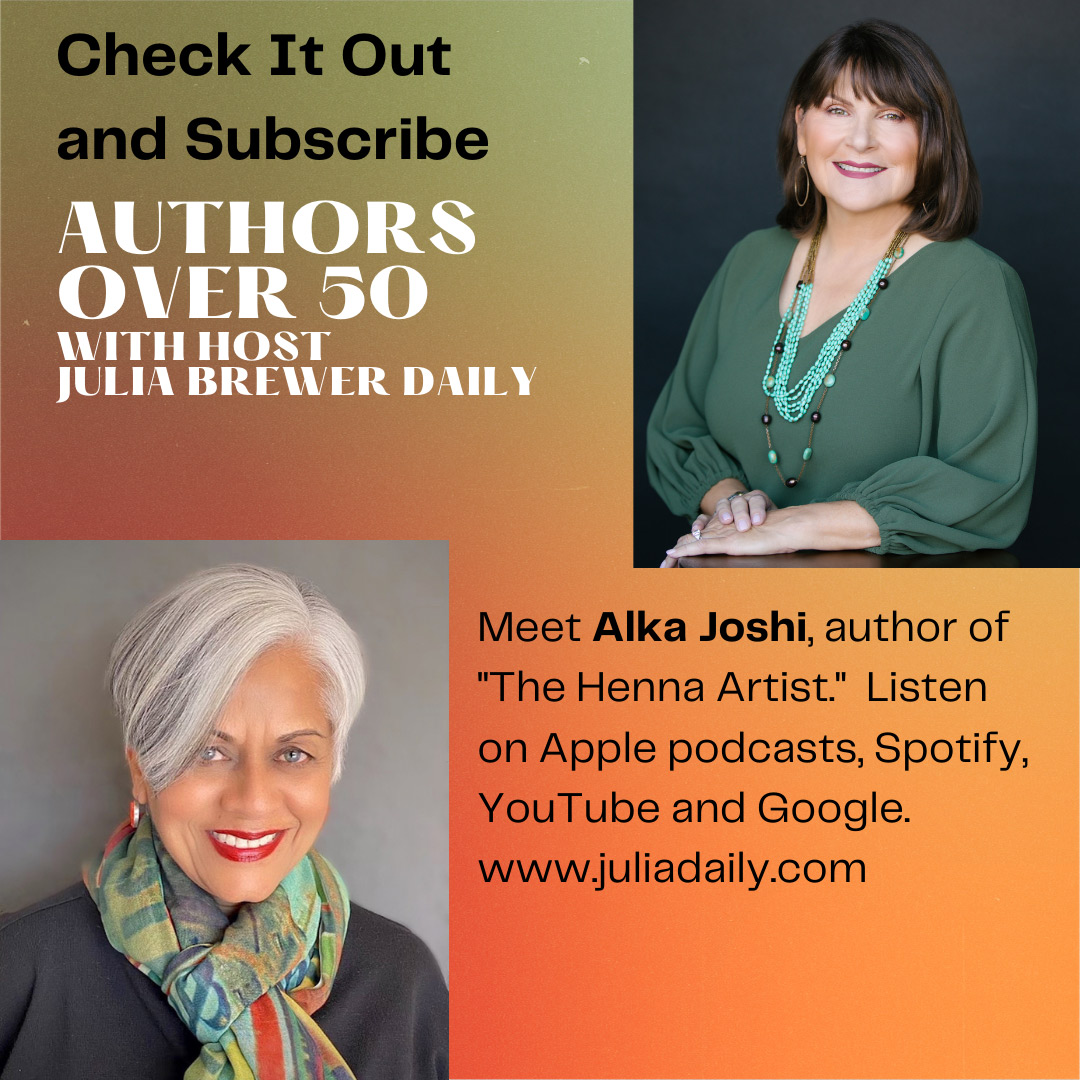 My guest today was born in India and raised in the U.S. since the age of nine. She has a BA from Stanford University and an MFA from California College of Arts. At age 62 she published her debut novel, The Henna Artist, which immediately became a New York Times bestseller, a Reese Witherspoon Bookclub pick, was Longlisted for the Center for Fiction First Novel Prize, translated into 26 languages and is being developed into a series by Netflix. The sequel, The Secret Keeper of Jaipur, is also being translated into multiple languages and the third book in the trilogy, The Perfumist of Paris, will be released March, 2023. Welcome to Authors Over 50, Alka Joshi.

No comments to show.